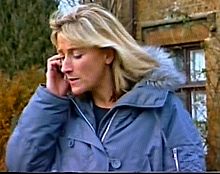 Where was Catherine gee born

She has had a range of careers including working as a personal chef in the City, an estate agent before she joined Country Living as an assistant editor in 1995. It was whilst she was Head of Shows, organizing such events as the Country Living Fairs, that in 1999 she became involved in the magazine’s first matchmaking campaign for farmers The Farmer Wants a Wife. She ran the second campaign which was televised by Thames TV and was nominated for a BAFTA in 2002.