Skip to content
T.V. Anupama IAS Wiki husband wedding family age marriage: T.V. Anupama hails from Malappuram district in Kerala. The immense trust in her capability and the support from family helped her to stay focused to achieve her goal. She did her schooling from Vijayamatha Convent High School, Ponnani, and St. Clair’s Higher Secondary School. 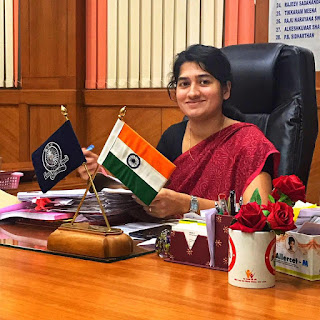 Anupama IAS is not only a good IAS officer but also a good actress. It would be a good housewife if the clerics were brought to the family who brought the illicit meals to the law.

When TV Anupama took over as the district collector of Alappuzha district in August 2017, nobody in the political circles of Kerala has imagined that he will shake the scenario with a powerful minister in Pinarai Vijayan’s cabinet.

But Anupama, in violation of Kerala’s Paddy and Wetland Act, created a political storm in the state within weeks of its appointment for its report of encroachment of alleged land by Transport Minister Thomas Chandy. 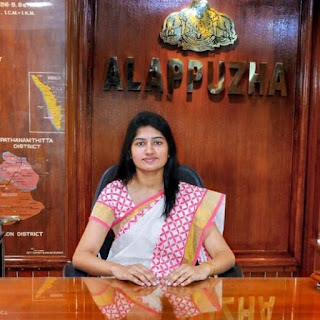 She is the eldest daughter of K.K. Balasubramanian, circle inspector of police who died in 2002, and T.V. Ramani, an assistant engineer with the Guruvayur Devaswom.  Her husband Mr. Clinston is an  IT Entrepreneur based in Kochi.  Nisha is her sibling.

A young girl from Ponnani of Malappuram district had always dreamed of becoming an IAS officer. Even when She entered the Goa campus of Bits Pilani, one of India’s premier engineering institutes, She was on his dream of joining civil services.

Ms. Anupama believes that the real challenge is yet to come. It is expected to get an inauguration in his home state, She has made his mind on finding ways and means of helping the society.

Well Said by T.V. Anupama
She advises the students never to opt for a subject without an interest in it. “You won’t be able to study for a year unless you have an interest.

She is a very kind heart and brilliant IAS Collector. You can see what people are saying about her.


Question and Answer About T.V. Anupama

Q.1 What is the rank of IAS TV Anupama
Ans.AIR 4th in the Civil Services Examination 2010